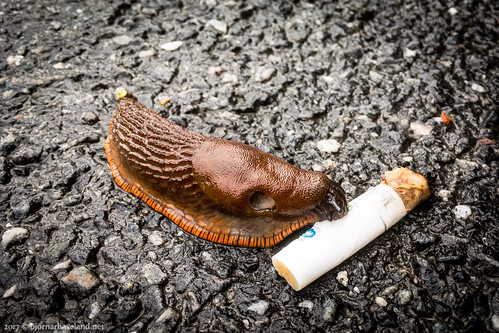 I could probably say a lot of boring stuff about how picking up certain habits can affect your health, and turn your body sluggish and slimy, but instead I’ll just let this one speak for itself ? However I could point out that, though tobacco has a reputation as a slow killer, this guy probably isn’t in too great a hurry. Guess I can’t tag it as “nofilter” though ?